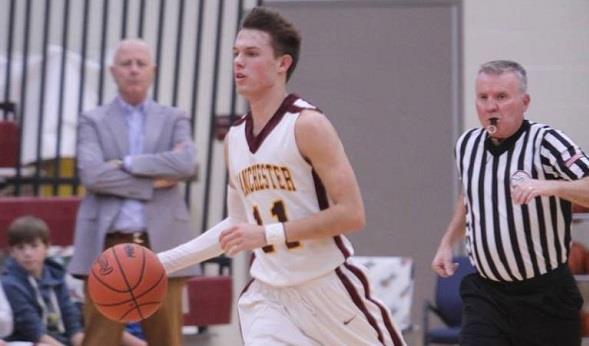 The high-scoring night for Horky is nothing new. He already has a 42-point game this season and last year set the single game Manchester scoring record with a 47-point game.

What was impressive about Tuesday’s performance was the career milestone that Horky reached. The 6-1 senior came into the game needing 20 points to reach 1,000 points for his career. A second quarter free throw was the magical 1000th career point.

Tyler is now third on the all-time Manchester scoring list:

Horky, who is a member of the National Honor Society and carries a 3.9 grade point average, will be back in action Thursday when Manchester (4-3) goes on the road to East Jackson.